Since its founding over a century ago, National Chiao Tung University (NCTU) has developed a global reputation for excellence in electronic engineering, laying the foundation for Taiwan’s outstanding achievements in electronics, information technology, optoelectronics and semiconductor technology. Beginning in 2016, NCTU and Japan’s Tokyo Institute of Technology have made this technological strength the cornerstone of a robust double degree exchange program which is now being extended to top-ranked universities in India as part of a broader undertaking to expand the scope of international cooperation.

NCTU is one of Taiwan’s leading universities, globally known for its excellence in science and technology, and enjoys active partnerships with many of the world’s best institutions of higher learning.

In 2016, the NCTU International College of Semiconductor Technology announced a double-degree program with the Tokyo Institute of Technology (TIT). In the three years since, NCTU has sent five students to TIT, with one TIT student coming to NCTU last year. These figures, while small, are only the most visible aspect of the deep cooperative relationship that has developed between the faculties of the two institutions, and highlight the growing importance of internationalization in higher education.

Ten years ago, Dr. Edward Yi Chang, Senior Vice President of NCTU, was a professor at the university’s Institute of Materials and Electronics. At the time, the National Science Council (now the Ministry of Science and Technology) was working on a plan to promote international cooperation. Dr. Chang reached out to TIT professor Hiroshi Iwai due to the latter’s prominence in the field of semiconductors, having served as the only Asian president of the American Electronic and Electrical Engineering Society. “At first, Dr. Iwai’s position in the field seemed so imposing,” Chang remembers, particularly given the high regard Taiwanese engineers and researchers have for their Japanese counterparts.

The initial meeting between these two scholars developed into a fruitful professional collaboration as they traveled to conferences around the world to jointly present research on semiconductors, sometimes accompanied by NCTU president Chang Junyan. “We have much in common in terms of our personalities and also share a keen interest in history and the humanities, which gave us much to discuss on the road,” said Chang. Professor Iwai is particularly fond of visiting unique places and their travels took them to India and Central and South America. 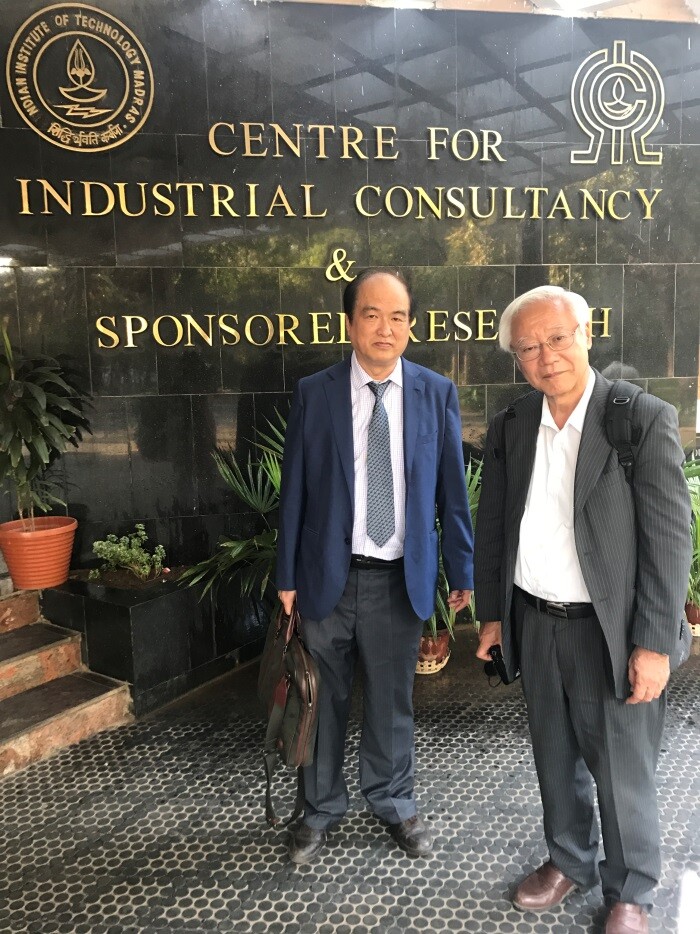 Once, Iwai and Chang visited Manipur in northern India, near the Myanmar border. “This was a rather remote place for us,” said Zhang. “When I showed my passport, the officials there thought it was from China, which required considerable explanation,” due to the sensitivity of Sino-Indian relations. Once they were finally released, the road to the conference site had been washed out by a recent downpour, and everything had turned to mud. “I left Manipur wondering if I’d ever return. It was so hard for us to get there, I didn’t really imagine that we’d be very successful in attracting students to Taiwan. But in the past few years, we’ve welcomed several students from Manipur to study at NCTU.” 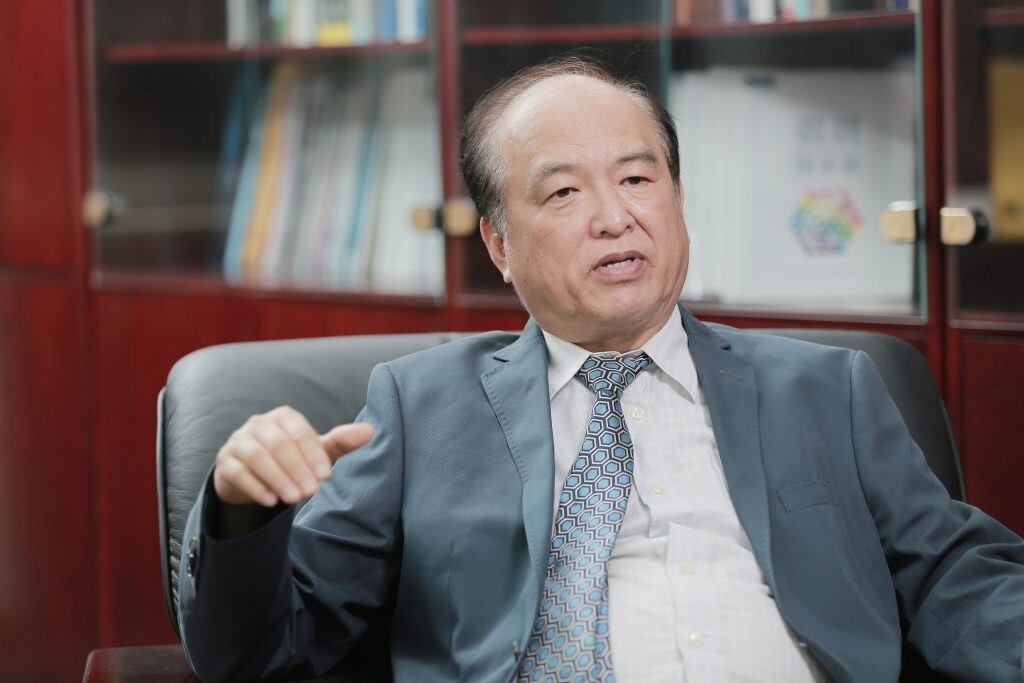 These journeys around the world to promote semiconductor development cemented a close friendship between Chang and Iwai, setting the stage for the creation of a joint double-degree program between their respective institutions. This development provides an important avenue by which NCTU can further expand its global influence.

In a Semiconductors Components and Applications lecture at NCTU, TIT Professor of Electrical and Electronic Engineering Hitoshi Wakabayashi noted that TIT is a leader in engineering in Japan, just as NCTU is in Taiwan, making the two schools a natural fit. In addition, NCTU’s close relationships with TSMC and other leading high tech enterprises and the advanced state of Taiwan’s semiconductor industry is a major benefit for continued cooperation between NCTU and TIT. 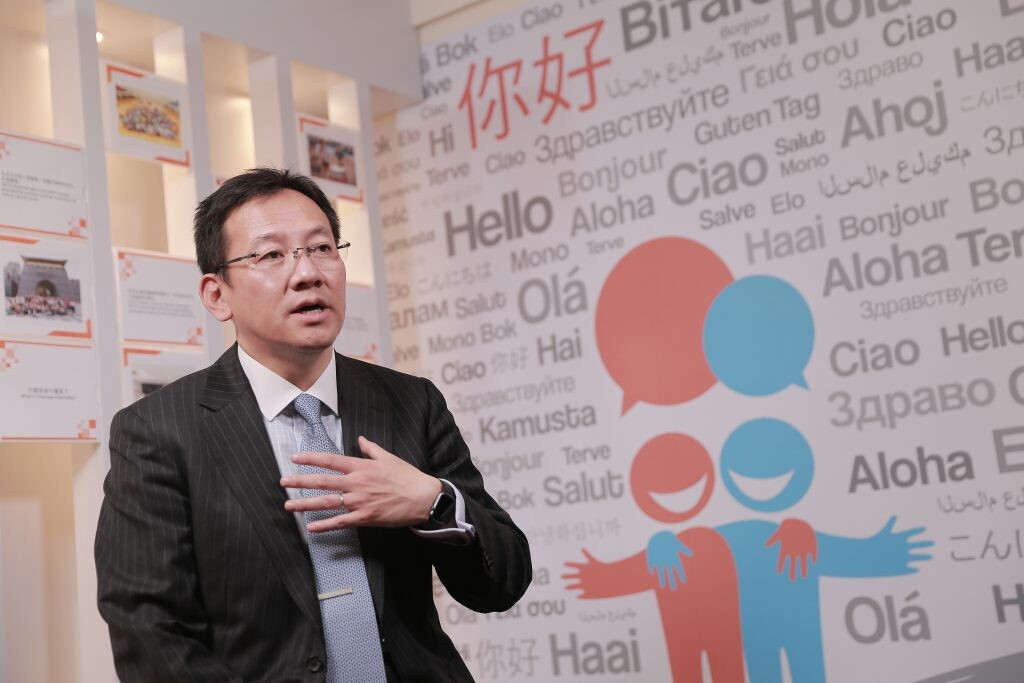 Mutual trust between faculty
is the cornerstone of international cooperation

In 2015, Professor Heng-Tung Hsu left Yuan Ze University for the newly founded NCTU International College of Semiconductor Technology where he has been a major force behind the establishment of the NCTU-TIT double degree program.

At first, TIT approached the collaboration with the NCTU International College of Semiconductor Technology similarly to other efforts to recruit international students, leaving students to apply on their own. Professor Hsu notes that establishing a double degree program would require a formal agreement and potentially impose a burden on TIT faculty and administrators. To push the relationship forward without imposing additional burden on his TIT counterparts, Prof. Hsu traveled to Tokyo several times to meet with TIT faculty to try to convince TIT faculty to try this new arrangement. 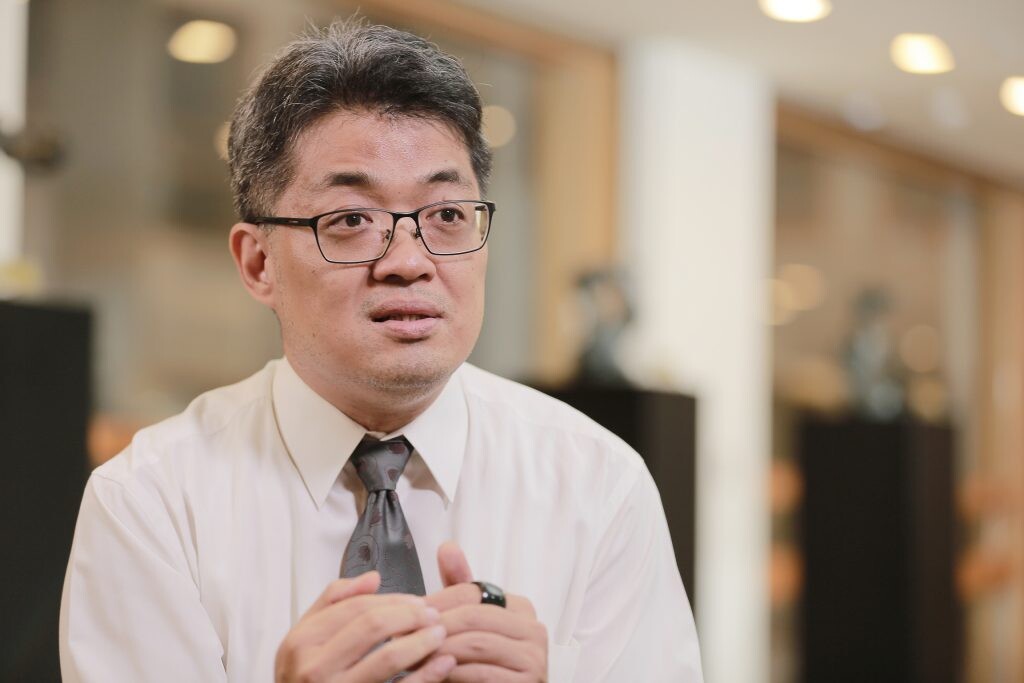 NCTU also approached the arrangement with caution, wondering if NCTU students accepted to study at TIT would actually return to Taiwan. Professor Chang counseled a more open-minded approach: “If our students are strong enough to finish their degrees at TIT and find good jobs in Japan, why isn’t this a good thing? They should keep going!” The experience of the following three years bore out his optimism – the double degree students from Taiwan became fully integrated at TIT and their performance is a source of pride for both institutions.

In Professor Hsu’s view, trust between the faculties is the key to the success or failure of international academic exchanges and collaboration. 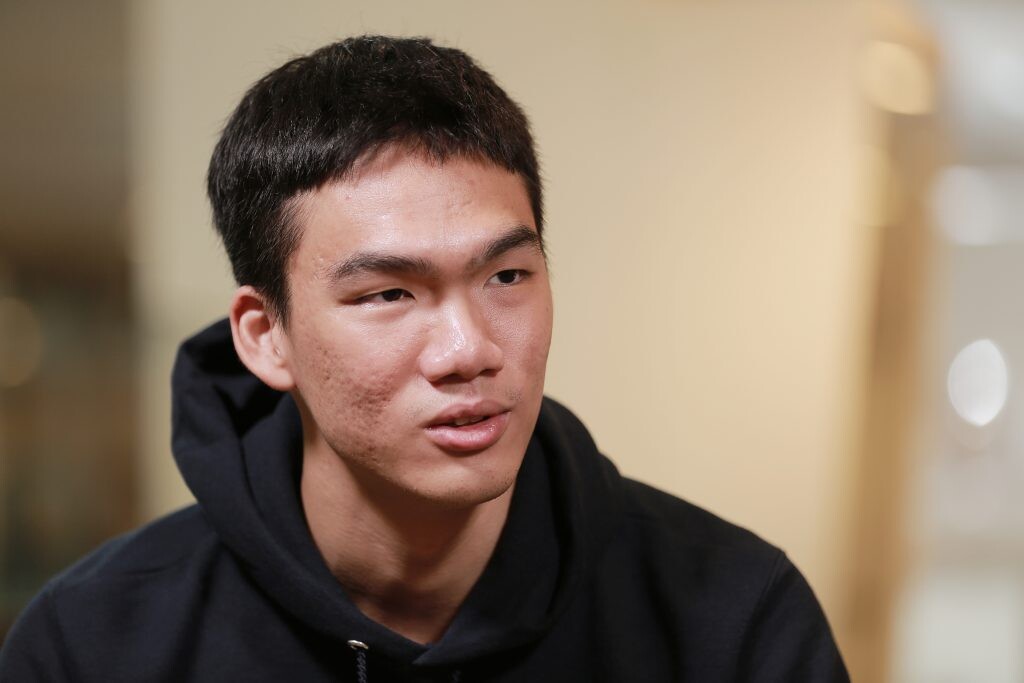 Chen-Yi Su is an M.S. student at the International College of Semiconductor Technology who arrived at TIT for a year of study with minimal Japanese language skills. Fortunately TIT offers a full curriculum of Japanese language courses for international students, with three hours every morning and then an hour in the lab in the afternoons. This intensive training helped Su prepare for second-year qualifications. In fact, Su’s rigorous Japanese studies caused Professor Hsu to joke: “I thought, is he spending all his time studying Japanese and not going to subject classes? We didn’t send him there just to learn Japanese!”

The diligence Su showed in his Japanese studies is reflected elsewhere as well. Even before graduation, he’s attracted the attention of recruiters from Japan’s Micron Technology Inc., and is currently preparing for interviews. But he’s not letting this achievement distract him from his studies: “When I finish the double-degree, then I’ll call it a success.”

Kazuto Mizutani, the first TIT electrical engineering student to come to NCTU on exchange says he chose to participate in the program on the advice of his professor. “My English ability isn’t strong enough to necessarily get into a top school in the US,” he said. “But at NCTU, none of us are native English speakers, so it’s enough to be able to communicate.” 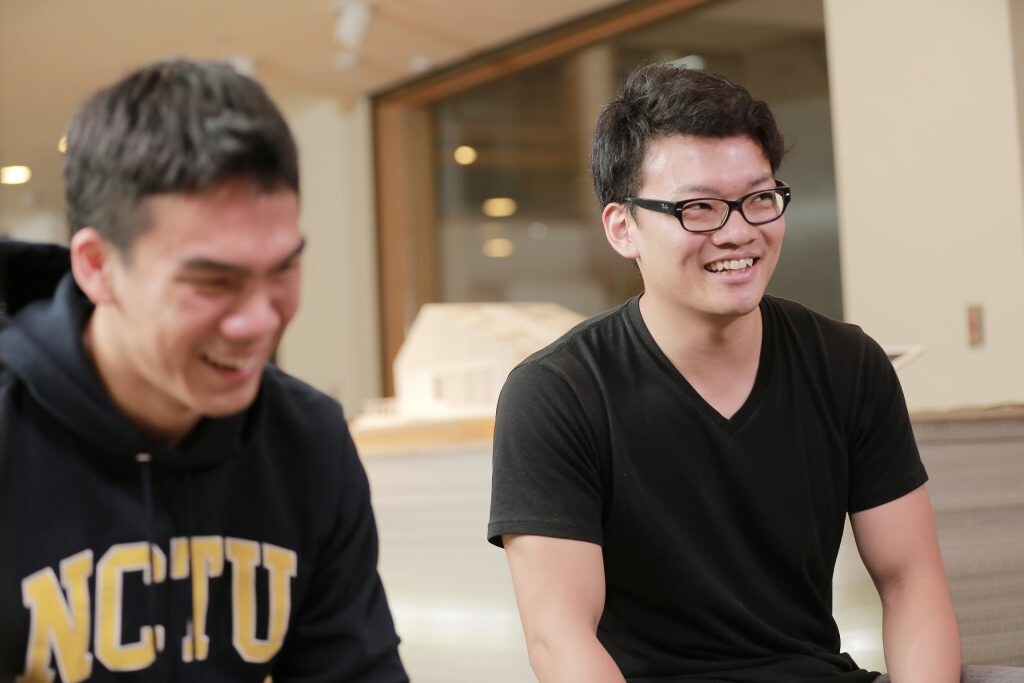 While the NCTU/TIT double-degree program has only been existence for three years, it has been in development for more than a decade, and this successful model can now be extended to collaborations with universities in other countries, providing a standard operating procedure for future cooperation.

Earlier this year, NCTU signed an agreement with the Indian Institute of Technology (IIT), a school with a reputation for being even “harder than MIT”. NCTU President Dr. Mau-Chung Frank Chang referred to this agreement as one of the highlights of his administration, finalized just before he stepped down in July. Out of over 5 million annual applicants, IIT only accepts 1,500, making the school the elite engineering institution in India. NCTU hopes this collaboration will facilitate the joint recruitment of talented graduate students. “NCTU faces diminishing numbers of qualified PhD students at home,” said Chang. “To maintain the quality of research, in these past few years we’ve traveled to top universities in Vietnam and India, devoting considerable time and effort to finalizing these agreements.” 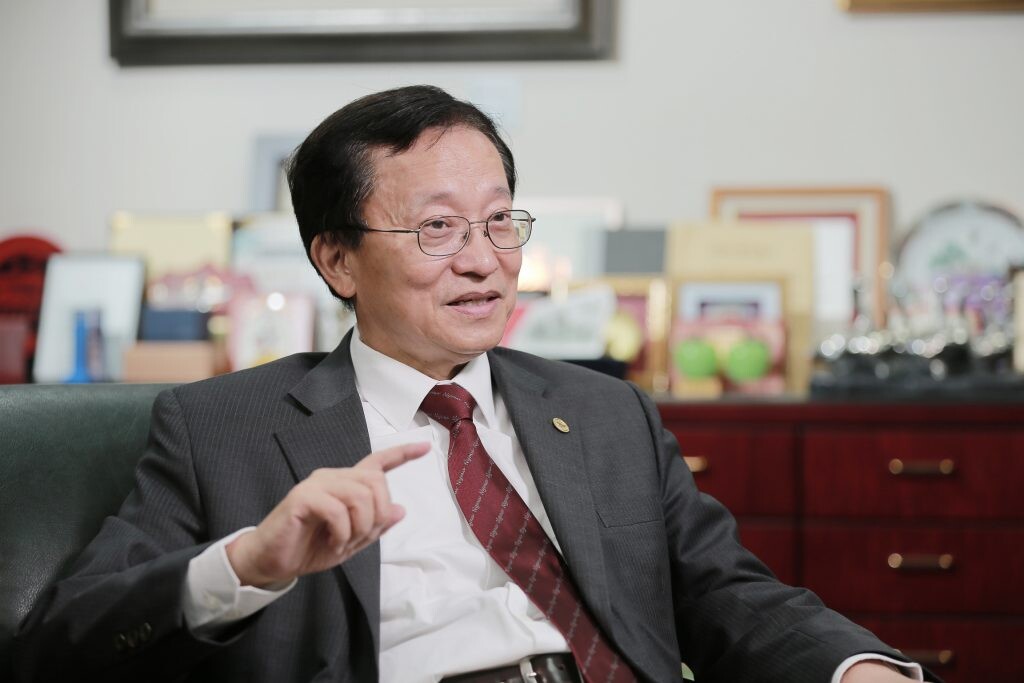 Why choose India as a partner? President Chang notes that the quality of research training offered by Indian universities is often equal to or better than that offered at NCTU, and the two sides have reached a consensus to bring 200 IIT PhD students to NCTU, even as NCTU pursues agreements with other technology institutes in India. “If each school sends 200 students, that will give us over 1,000 doctoral students. I told our Indian counterparts that we’re entering a new era. We used to talk about ‘IC’, as in ‘India-China’, but now we’re embarking on the era of ‘IT – India-Taiwan’.”

President Chang’s fervent hope is to see NCTU PhD graduates go out into the world to join the faculties of the world’s leading universities.

This ambition is rooted in his own experience. Having received his doctorate from NCTU, he spent 18 years working in industry in the United States before being recruited to teach at UCLA, which he sees as his greatest affirmation. “If we’re able to place our graduates in top universities around the world, this is proof of our successful internationalization. Without this, any ranking is meaningless.”

This pragmatic approach to internationalization is a function of NCTU’s background in the physical sciences, which require steady and stable efforts based on objective facts, and is fully in keeping with the NCTU motto: “Absorb the new to look far ahead, and work pragmatically.”