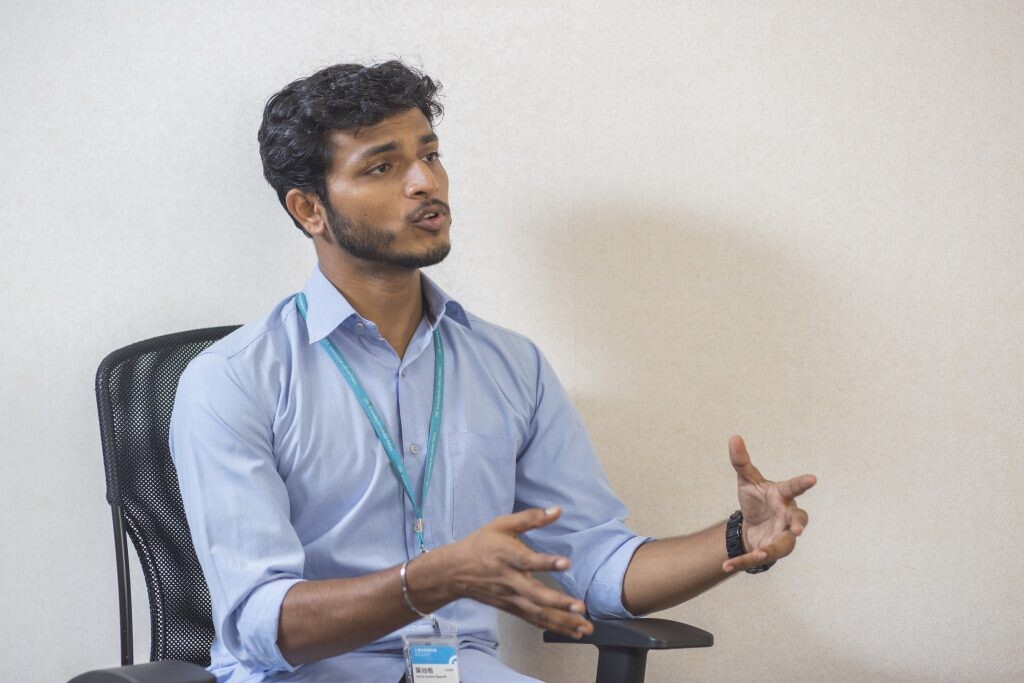 Towards the Future
Sanket’s high-tech dream

After graduating university in his native India Sanket Nagnath Yerule (葉尚楷) had planned to pursue an MBA near home, allowing him to help part-time supporting his father’s business manufacturing uniforms for technology companies. But a chance meeting with a friend of his uncle opened a door to international study. This friend had pursued a Ph.D. in Taiwan, where he was now working as a research assistant at a prominent research institute. The uncle’s friend helped Sanket navigate the admissions and scholarship application processes. The arrival of a letter of acceptance from the EECS International Graduate Program at National Chiao Tung University (NCTU) permanently changed his life’s trajectory. 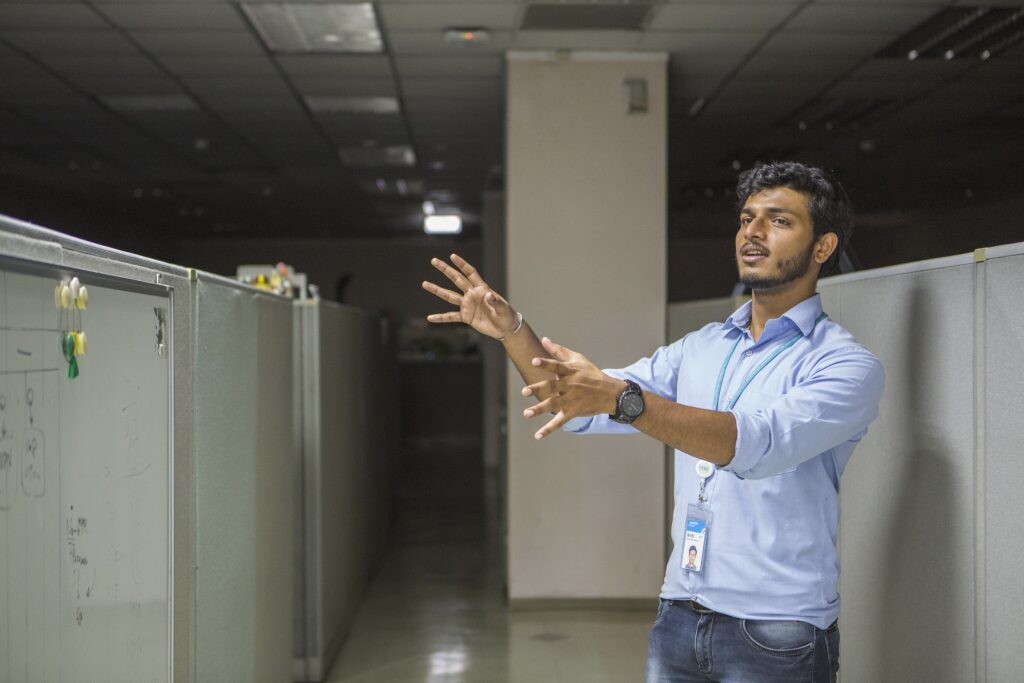 A Change of Plans

Today, Sanket is pursuing a Ph.D. at NCTU while working as a deputy engineer at the Industrial Technology Research Institute (ITRI). While living abroad in a foreign culture and language has brought its share of challenges, Sanket is glad he took the chance. In his view, higher education in India focuses on basic knowledge and graduates are not well prepared to enter the workforce. In contrast, during his early graduate studies in Taiwan, his professors helped him secure part-time project work at ITRI, allowing him to develop his technical and practical skills. In addition, in contrast to Indian universities, NCTU presented a broadly diverse selection of courses, giving him the opportunity to delve into topics including AI, machine learning, embedded systems, and wireless communication. 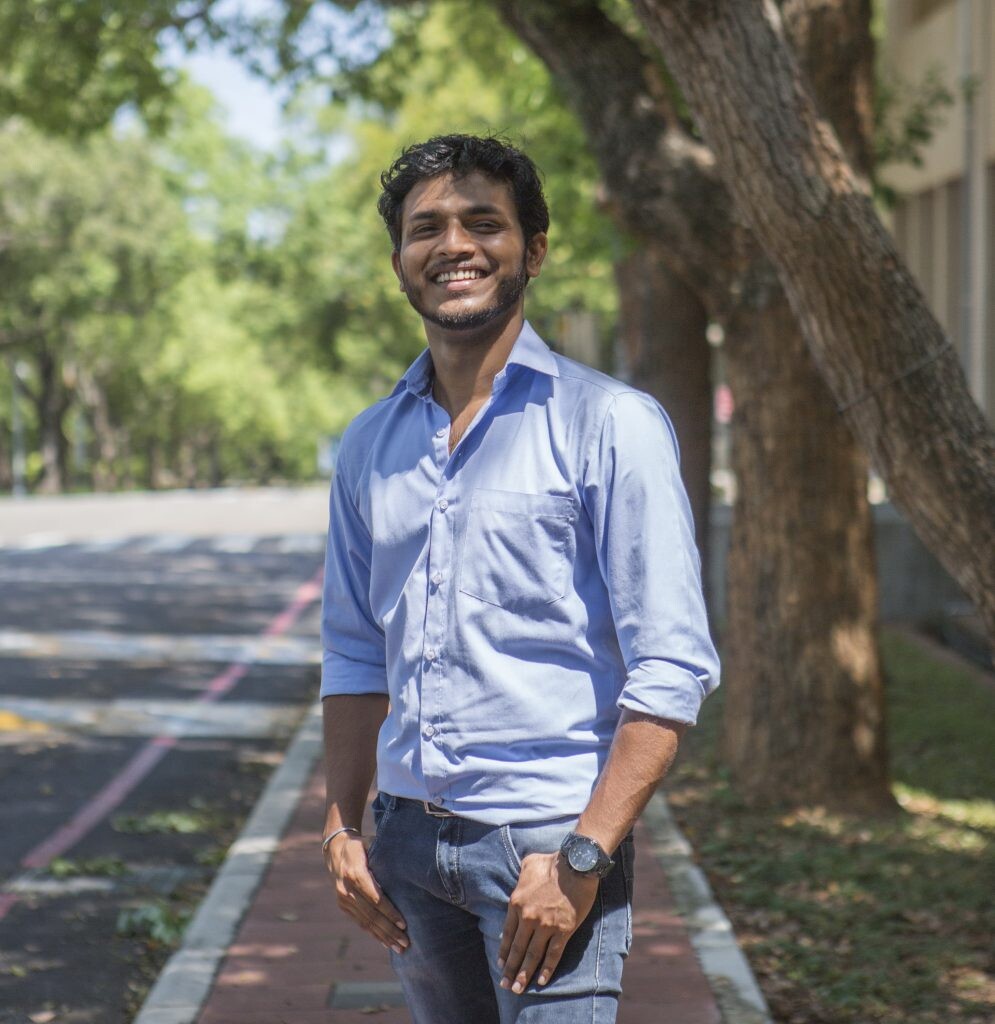 Arriving in Taiwan, Sanket was initially most concerned about the language barrier, but was surprised to discover that the most immediate challenge was finding something to eat. While Taiwan offers a wide variety of vegetarian food, Sanket was used to dishes with generous use of pungent spices and curries that can be hard to find in Taiwan. This led him to discover the hospitality and generosity of people in Taiwan: within a few weeks, university staff members helped him find a suitable apartment off campus where he could cook for himself and his new friends.

The next step was to conquer the language, signing up for intensive language classes at NCTU. Despite the difficulties he faced in learning to read Chinese, he made quick progress. Still, he has a word of advice for those who would come after him, “If possible, try learning some Chinese before you come here. It makes everything easier.”

Looking towards the Future

Now, Sanket divides his time between NCTU and ITRI, where he works with a 15-member team conducting contract projects for the Ministry of Science and Technology. One of his team’s current projects is a new shopping cart with embedded sensors that collect critical information on shoppers, including items purchased, waiting time to pay and total shopping time. This data is useful to retailers seeking to maximize customer value.

The practical experience he’s gained working on such projects positions Sanket to expand his horizons on a global scale, allowing him to compete and collaborate with the brightest young engineers in the world. He now has his sights set on joining Google, first through its Taiwan operations, and then later in other countries, including possibly India. While India’s IT industry has made tremendous advances in recent years, Sanket feels the education and work experience he’s gained in Taiwan will help put him in a leadership position in his home country’s IT sector. But for now, he’s enjoying his life in Taiwan, exploring all the possibilities Taiwan has opened for him.